Mallala – My First Ever Race 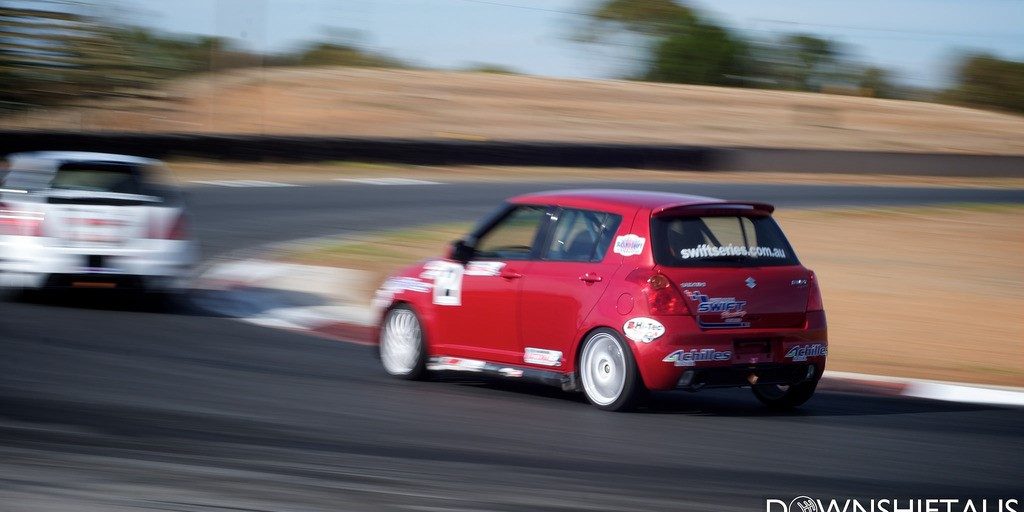 Mallala was a pretty nervous affair for me. Not only was I embarking on what I hoped to be the start to my Motorsport career on a National Level. It would also be my first time Racing side by side, jostling with other drivers all trying to get ahead or stay ahead.

I had competed in Motorkhana’s, Sprints and Hill Climbs but never any panel to panel racing. Just to throw an additional spanner in the works. I didn’t think I would be racing at Mallala. My car had not arrived in time and I was only going down to gain some experience about what happens at a Race weekend on a national level. I took my kit down on the off chance something happened and with just a little bit of luck it did. I have to admit I had been pouring over as many videos from Mallala as possible on Youtube.

15 Minutes before Practice Session 1 on the Friday I found out I had a drive. I spent the next 15 minutes running around like an idiot trying to get my race kit on and sign in for Friday Practice. Without having a chance to settle in/adjust my seating position or make any changes to the car I was thrown in the car and was out for Friday Practice. I ended up setting the 5th fastest lap time and that was how it remained for the rest of Friday Practice. (I missed the last practice session of the day due to prior commitments).

I walked away from the day sitting in 5th on the Practice Board. I was struggling with car setup and with driver ability admittedly but was really happy with the progress I had made.

Saturday was a better day. I had some time to prepare over night and analyse how I drove and seek some advice from the other driver’s and managers involved in the Swift Series. I tried taking that on board and made some changes. I sat in 6th place after qualifying but everyone had improved. Including myself, I found myself right on the pace with the faster guys. A bit of a huge relief and a weight off my shoulders.

Mallala is a tough track. Very technical with huge kerbs that could potentially roll a little Swift. Another curveball was thrown at the field. The first race was a night race. With lights lit up around Mallala and lights shining in your mirror from other driver’s braking markers that once looked sensible now looked outlandish. I’d like to say my first race was fantastic. Unfortunately it wasn’t, I started moving my way up through the field after a poor start but 3 or 4 laps in the infamous Kerbs of Mallala almost put me on my roof. I recovered from that to only loop the car on the next lap at the fastest corner on the track. The positive from that race was that I set the second fastest lap and managed to catch back up to the field. I also didn’t finish last which was a relief.

Sunday then threw another new element for us all to deal with. Wet weather, in all of my time competing in Hill Climbs and Sprints I had never competed in Wet Weather. Starting from the back of the field in Race 2 and listening to Darren (a wealth of knowledge in FWD’s and Racing) I remained calm and came to terms quickly with the wet weather. I started in almost last place and fell back to last after a less than impressive start. From then on though I kept the car straight. I also started making moves. With just a few laps remaining I had worked my way up to 4th and was on the charge catching 2nd and 3rd. I caught them on the last lap. Unfortunately it did not leave me enough time to make a pass.

Race three I started in 6th alongside Ben Grice and managed to get a reasonable start. I made the wrong call with setup however I feel that most other people did to with the Rain only starting to fall while we were on the Grid. Through the race I slowly made progress working my way up to 2nd. Unfortunately on the last lap I was run wide and fell back to 6th as the freight line of Swifts managed to get by me.
Wrap Up

Overall I have to be happy with the weekend. Although I would have liked to of finished higher up in the pack I learnt a lot from the weekend and it gave me confidence to attack the rest of the season.